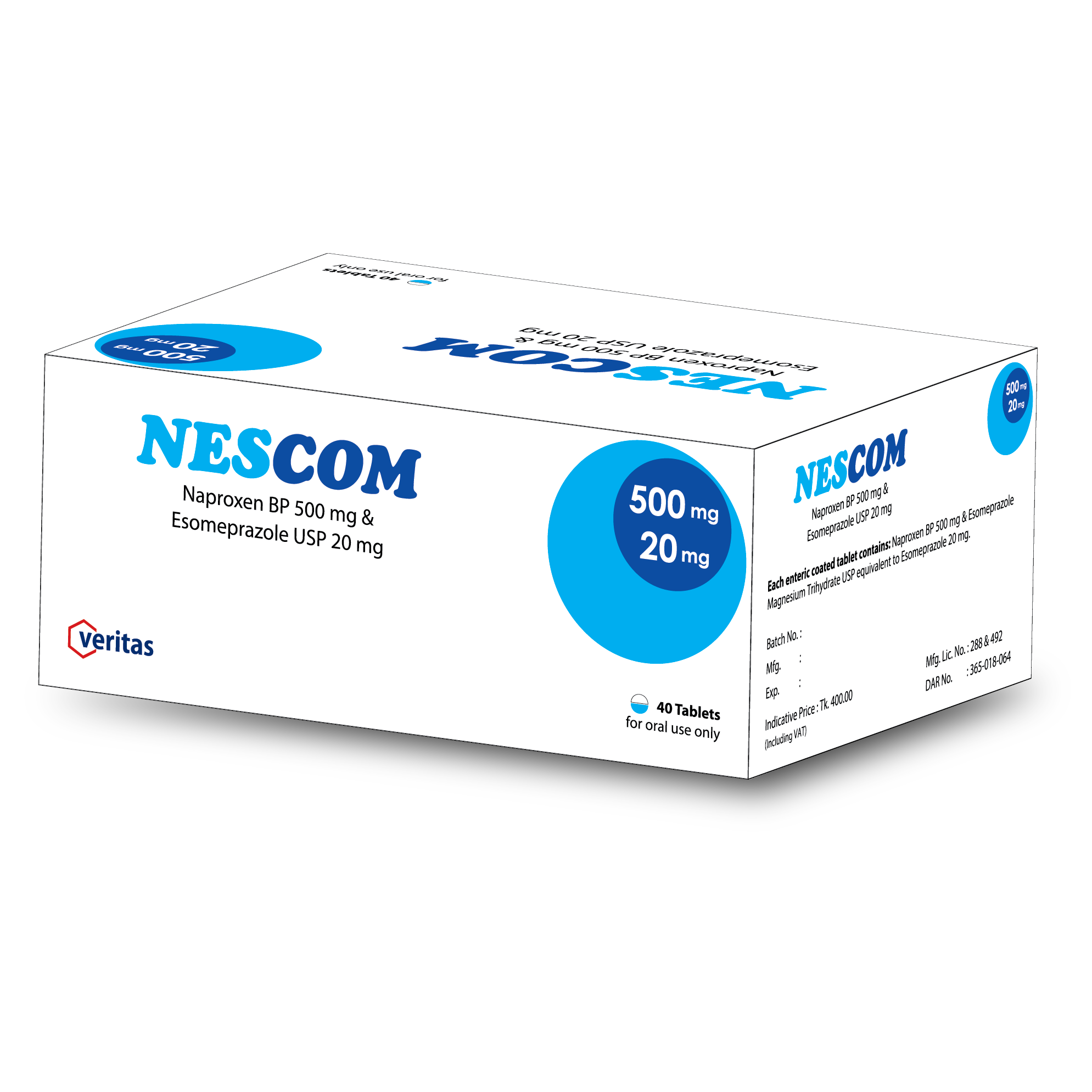 1. WHAT NESCOM IS
Nescom consists of an immediate release Esomeprazole Magnesium layer & an enteric coated Naproxen core. As a result Esomeprazole is released first into the stomach, prior to the dissolution of Naproxen in the small intestine. Naproxen is a NSAID with analgesic & antipyretic properties. The mechanism of action of Naproxen is to inhibit the prostaglandin synthesis. Esomeprazole is a proton pump inhibitor that suppresses gastric acid secretion by specific inhibition of the H+/K+–ATPase in the gastric parietal cell by acting specifically on the proton pump, Esomeprazole blocks the final step in acid production, thus reducing gastric acidity.

2. Indication
Nescom is approved to relieve the signs and symptoms of osteoarthritis, rheumatoid arthritis, and ankylosing spondylitis and to decrease the risk of stomach (gastric) ulcers in patients at risk of developing stomach ulcers from treatment with NSAIDs.

3. Dosage and Administration
Carefully consider the potential benefits & risks of Nescom & other treatment options before deciding to use Nescom. Use the lowest effective dose for the shortest duration consistent with individual patient treatment goals. If a dose of Esomeprazole lower than a total daily dose of 40 mg is more appropriate, a different treatment should be considered.

Rheumatoid Arthritis, Osteoarthritis, Ankylosing Spondylitis
The dosage is one tablet twice daily of Nescom 500 mg naproxen and 20 mg of esomeprazole. The tablets are to be swallowed whole with liquid. Do not split, chew, crush or dissolve the tablet. Nescom is to be taken at least 30 minutes before meals.

Children: Dosage in children less than 18 years has not been established.